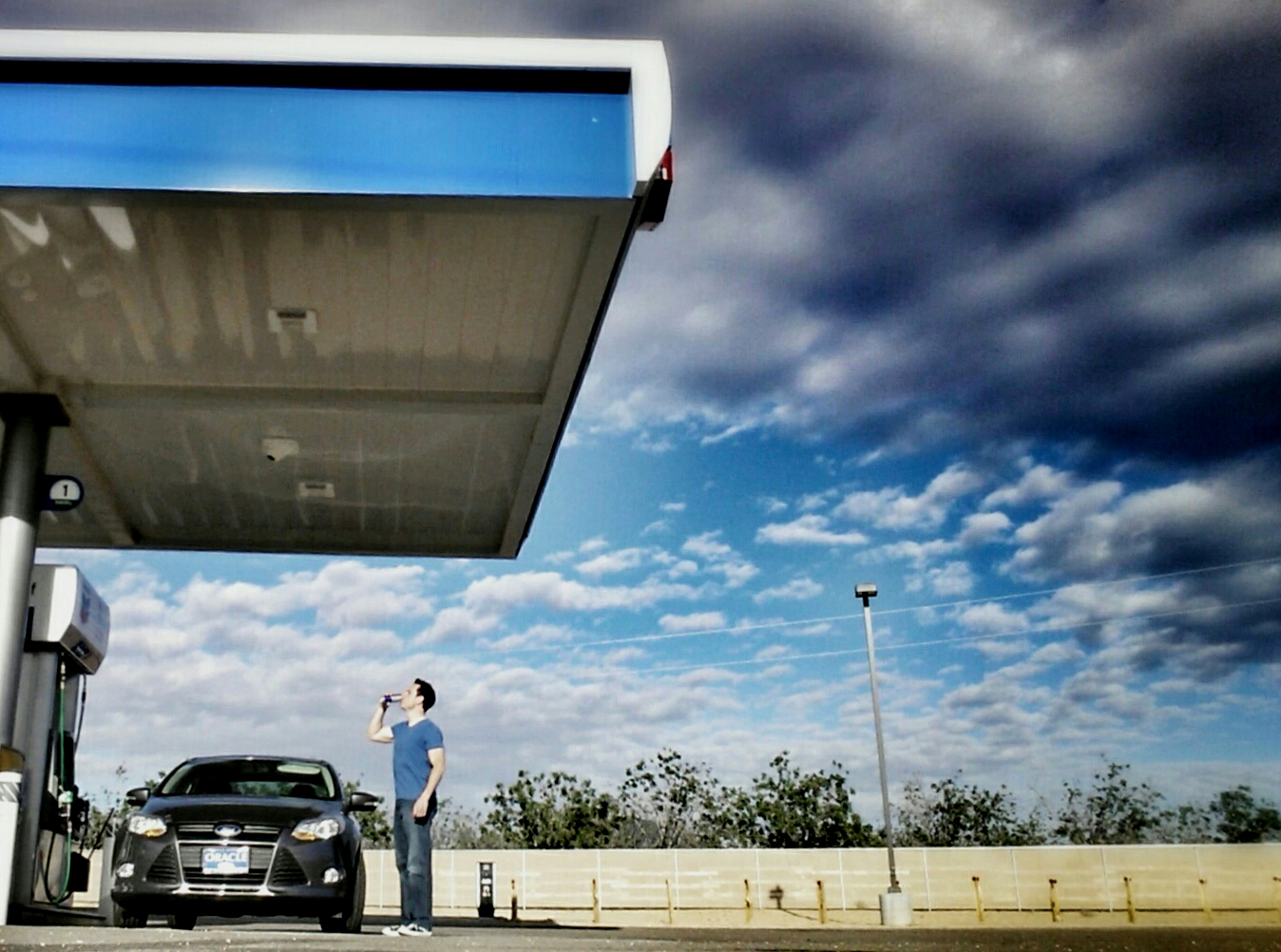 I just returned from a three-day trip to the Laughlin/Bullhead City/Mohave Valley area for a trio of presentations at a pair of local schools. The presentations themselves are worthy of their own future blog entry, so I’m not going to get into them here. What I will discuss here, however, is something that happened to me during my return trip to Phoenix.

On my way back to town, I stopped in Wikieup (AZ) as I often do while making the drive from Laughlin to Phoenix. I do this so I can get out of the car for a few minutes. It’s a nearly four-hour drive, and as much as I like to get it done in one shot, sometimes it’s wise to take a break. This time I also bought a protein bar and a Red Bull. I’m not normally a big partaker of FratJuice™, but last night’s hotel room didn’t have a coffee maker. I digress…

As I stood next to a gas pump, eating my protein bar and drinking my drink, one of the most haggard-looking birds I’ve ever seen hopped up to me. When I talk about how weathered this grackle was, I’m not kidding. If Keith Richards was a bird, he would have been this one. This guy looked like he should have had an eye patch and a wooden leg. From the looks of it, I thought he was going to try to bum a cigarette off of me. It turns out he wanted some of my protein bar. 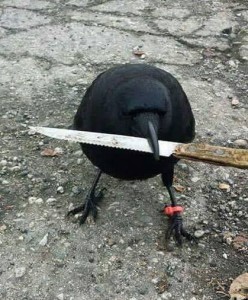 This isn’t the bird I encountered, but it might as well have been.

I broke off a small piece and dropped it on the ground about a foot in front of me. Patches McFowl shuffled forward in a way that said “drunken sailor” more than it said “bird.” He eagerly devoured the piece and immediately looked back up at me, expectantly. Before I could give him another piece, a voice came from my right, from the other side of the gas pump.

“Don’t do that! You shouldn’t do that. That could make him very sick,” said a man who had been cleaning off his windshield, squeegee and paper towel still in hand. His tone was surprisingly indignant. From the look on his face, you would have thought I had just bit the head off the bird, as opposed to sharing a piece of food with it. I wondered for a moment if perhaps this man’s parents had been killed by a protein bar.

Years ago, I would have argued with the guy. Experience has taught me it’s not worth it. Experience has also taught me that this exchange had much less to do with me feeding a begging bird than it had to do with that guy’s own hangups. Based on its appearance, I got the idea that the bird likely killed a ground squirrel at some point in order to get into a grackle gang, and probably has a tiny meth lab in its nest. And this man saw the bird apocalypse in the deadly crumbs of my protein bar.

I finished the last bite of my protein bar, drank the last sip of my drink, tossed them in the trash can, and smiled politely at him before getting in the car and leaving. Godspeed, Bird Justice Warrior. I, for one, will sleep better at night knowing someone is out there making a difference. You may not be the hero that the Wikieup Chevron needs, but apparently you’re the one it gets.