I returned to Phoenix today following a trip to Yuma wherein the four following things happened:

1. The fire alarm at the hotel went off for 45 minutes last night right after I had returned to relax following a day of driving and presenting. Fortunately, I was still fully clothed, grabbed my backpack (with my work Mac in it), calmly exited the room, and stood across the parking lot eating the burger I had just purchased, while FD and PD vehicles arrived at the complex. It was a false alarm.

2. The guy in the room two doors down from mine sat in the hallway, having a loud drunken conversation on his phone via speaker phone, Skype, FaceTime, Snapchat, or something similar. I’m not sure. All I know is that he was talking at peak volume, the woman on the other end was at peak volume, and the two of them alternated between an argument and what sounded like the early stages of them talking dirty to one another. I could hear all of this clearly inside my closed room, where I was trying to watch “Restrepo” (great documentary!) on Netflix on my laptop and finish the remainder of my false alarm burger. Hey Moany McPorno, take it back in your room, eh? 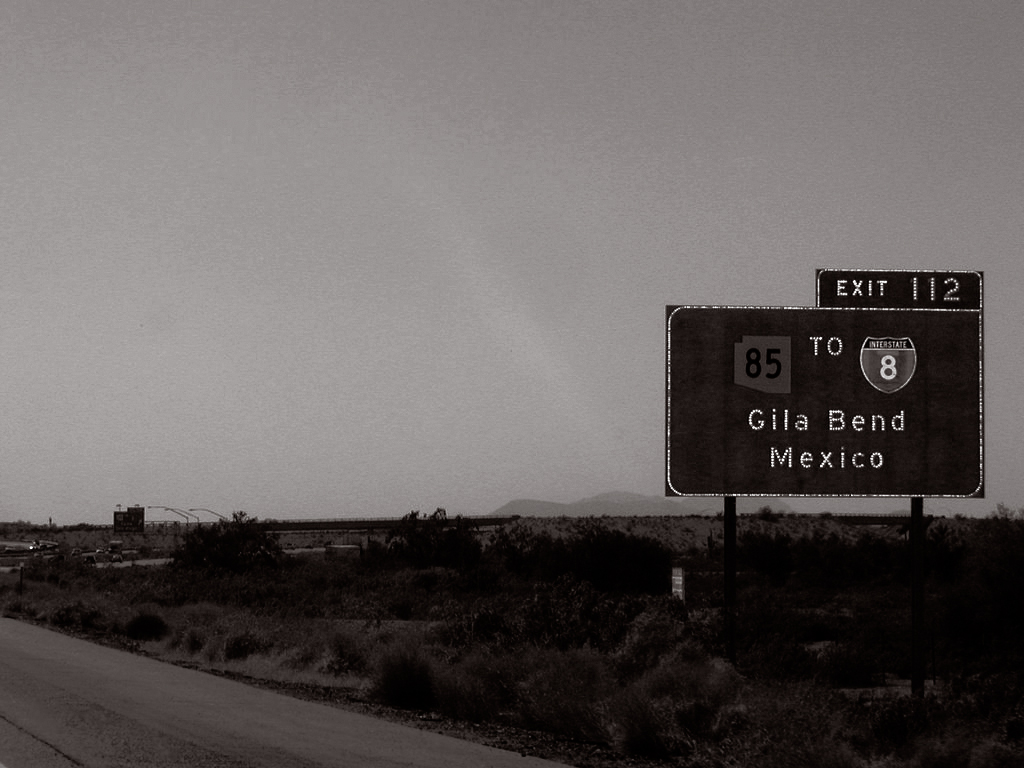 3. While topping off the gas tank on the company vehicle at a gas station in Gila Bend, a cantaloupe-sized swarm of bees attached itself to the back of the car. I braved certain death (or a bee sting or two) to ensure I got the receipt from the pump, as I pride myself on meticulous and detailed expense reports. It wasn’t until I was a good 3-4 minutes down the road and was legally able to get back up to 50mph that the last of the hangers-on detached. If any of my coworkers who use the car read this, take note: bees like the new brightly-colored wrap.

4. Speaking of the new blindingly-bright wrap, the border patrol agent at the checkpoint heading east on the 8 from Yuma couldn’t keep a straight face while asking me if I was a citizen of the United States. If I wasn’t, the cartels sure are sending the wrong vehicle to avoid detection.