As I mentioned in a recent blog post, I was in Lake Havasu City last week to give a talk at a school, and ended up having a rather cool experience thanks to a couple of wonderful locals. What I didn’t mention is that I happened to be in LHC at the same time as the annual Havasu Balloon Festival.

Frankly, I didn’t even know the event existed before I rolled into town and saw my hotel parking lot was full of hot air balloon-themed vehicles and trailers, people doing maintenance on massive hot air balloon baskets, and vehicles labeled as balloon chase vehicles. As I waited to check in at the front desk, a sign sitting on the desk confirmed my suspicions: The Balloon People were in town. 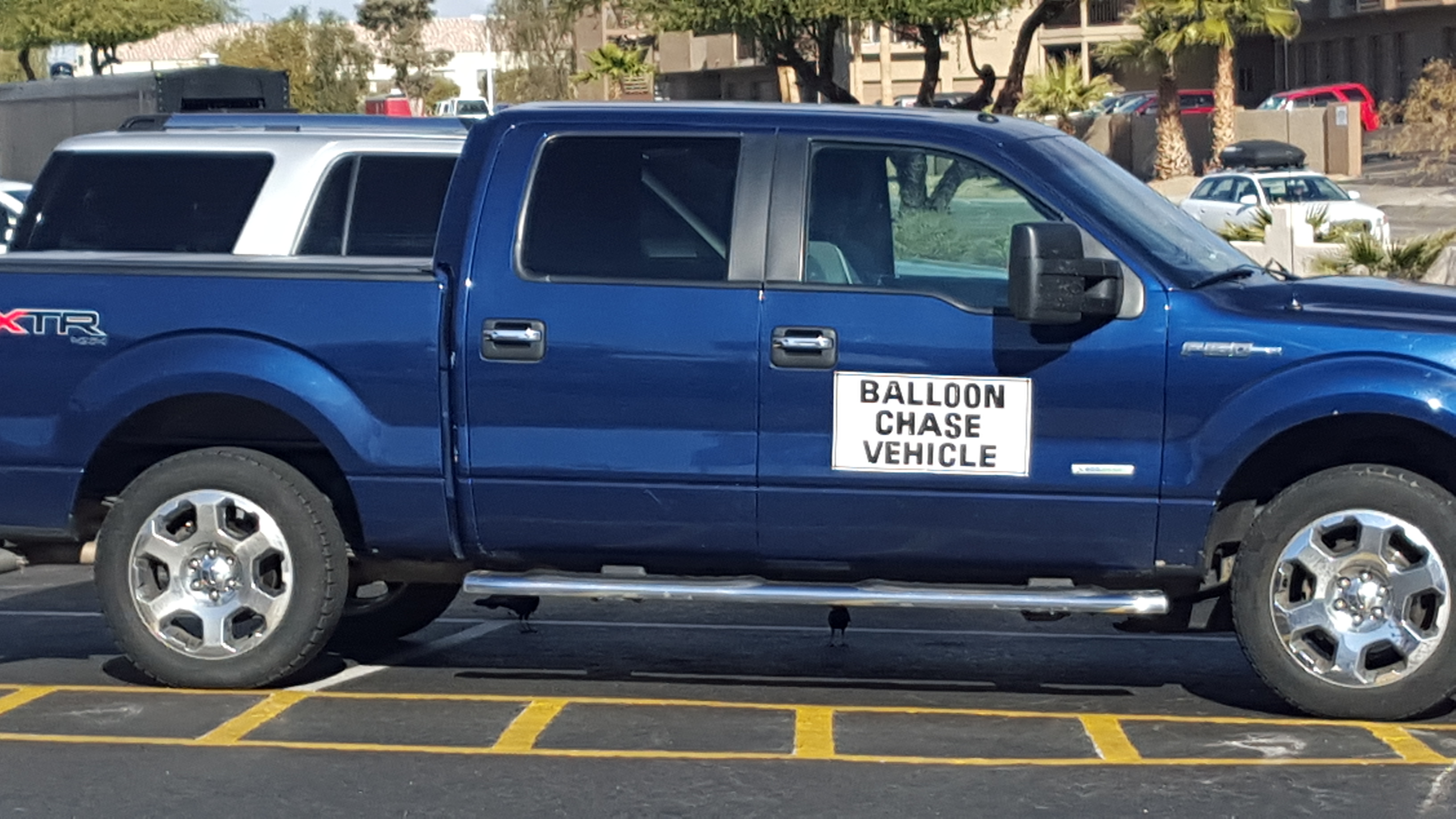 Once in my room, I fired off some texts to a few friends, sharing my amusement regarding the situation. I even jokingly said I was going to infiltrate the closed society of Balloon People by establishing rapport with them in the hotel grill and lounge. What I didn’t know is that the Balloon People were already closer than I realized. Much closer.

Examining my room, I noticed that I had been given one of those rooms that has a door which adjoins the neighboring room. I’m not a fan of those things for a number of reasons, one of them being the fact that in Spain I once had some weird drunk guy come randomly walking into my hotel room through one of them. Given my prior experience, I immediately checked the deadbolt on my side of the door to ensure it was indeed locked. Not long after getting settled in my room, I headed out to find dinner, as detailed in the last LHC blog post.

Upon returning from dinner, I was full of good food and smiling from my cool exchange with the locals I met at the restaurant. The only thing that could make the night better, I thought, was the blissful sleep which undoubtedly awaited me. However, as I set my wallet, keys, and phone down on my nightstand, I immediately noticed something. Whoever was on the other side of the door in the middle of my room’s wall was having a conversation. Not only were they having a conversation, they apparently never learned to use their “inside voices,” to steal a line from my former kindergarten teacher.

For hours, the conversation continued. Part of it seemed to be regarding confusion over the direction to a hotel room apparently belonging to more of The Balloon People. Then I heard another noise: the sound of their door opening and slamming shut. Soon more voices joined in the cacophonous chorus. The Balloon People had multiplied. There was talk of a party. No one would believe this, I thought, so I needed to capture evidence of The Balloon People and their strange customs. I turned my phone’s audio recording app on and set the phone on my nightstand. What you hear below is exactly what it sounded like from right in the middle of my room.

And in case you were wondering, the REAL party is apparently at Bill and Linda’s.